The United States of America (USA) is increasingly retreating from its traditional global leadership role, especially in strategic regions such as Middle East and North Africa (MENA), changing part of their focus to the Asia Pacific region.

The crisis of the COVID-19 pandemic have brought this reality into sharp relief. While the USA struggled to deal with the pandemic at home, it decided to cut funding to the World Health Organization (WHO) and offered little international support to combat the global impact of COVID-19. At the other side, Europe is struggling with its own internal challenges, has stepped up as best it could, but its influence is limited. This has led to other powers houses such as China and Russia trying to fill the leadership vacuum on the world stage (Schadlow, 2021). The USA withdrawal has allowed competition among great powers to flourish in regions and sub-regions that are critical to USA interests and include long-time allies (NATO Strategic Direction-South [NSD-S HUB], 2021). Competition for spheres of influence and the rules of world order is increasing, and the USA and Europe are playing a secondary role in shaping this dynamic.

This situation is progressively observed in the Southern shores of the Mediterranean sea. It can manifests itself in more benign ways, such as increasing competition in trade and foreign investment, but it can also manifest itself in the fomenting of civil war by proxy militias, as we see in Libya. China and Russia are playing more important, if very different, roles in the Middle East North Africa (MENA) region. China relationship with North Africa includes both hard and soft power elements. However, China’s role in the region is primarily based on diplomacy and soft power ties and it’s still on its early stage. Beijing’s growing relations with these countries focus mainly on ports, trade, financial cooperation, infrastructure development,  manufacturing, shipping and tourism, under the Belt and Road Initiative (BRI). Russia, by other hand, strategically chooses the hard military power and defense diplomacy framework playing a more overt military and defense role in shaping security dynamics in the southern Mediterranean, particularly by fueling the proxy war in Libya and supporting General Khalifa Haftar (McKinley, 2021).

In September 2013, President Xi Jinping announced the ‘Silk Road Economic Belt’ in Kazakhstan and, a month later, the ’21st Century Maritime Silk Road’ in Indonesia, which together would form the ‘One Belt One Road Initiative’ (OBOR), currently known as the Belt and Road Initiative. This multi-continental initiative is based on the notions of the ancient Silk Road and its almost mythical history of cultural, religious, political and knowledge exchanges, as well as trade and friendly contacts between different peoples from China, Central Asia, Southeast Asia, Africa and Europe, with the objective of claiming a new ‘win-win’ cooperation model, in which peace and development must be shared along routes, improving connectivity through massive investments to build railway networks, airports and maritime ports, energy, communication and internet infrastructure. Since 2013, this ambitious project has raised attention, interest, support and concerns around the world (Shang, 2019).

China has expanded its engagement, under the BRI scope, with countries such as Algeria, Morocco, Lybia and Egypt. China is establishing North Africa to play a major role in connecting Asia, Africa, and Europe, a key objective of the BRI. Previous analyzes of the BRI’s role in the MENA region have highlighted that the initiative is difficult to define and its exact scope is the subject of much debate (Ekman, 2018). Despite the oficial map of the BRI just mention the Egypt, a bunch of Memorandus of Understanding (MOU’s), were signed with every state on North Africa, showing us the desire of China to build big and better relations with all the countries on the southern shore of the Mediterranean Sea.

In 1954, China signed the Treaty of Panchsheel, where were codified five major principles that China still use to conduct their relations with other states – the Five Principles of Peaceful Coexistence. These five principles are: mutual respect for the territorial integrity and sovereignty; mutual non-aggression; mutual benefit and equality; peaceful co-existing and mutual non-interference in each other’s internal affairs (Hillman, 2020). Bearing that in mind, China’s relations with the MENA countries are shaped by the non-interference principle, among the others, in a huge contrast to the policies applied by the historical Western Partners. Similarly, to varying degrees, these countries increasingly view China as an alternative partner to Europe and the USA, leading them to expand their cooperation with Beijing not only in economic and cultural matters, but also in diplomacy and defense issues. This shows that the countries of North African are trying to diversify their strategic alliances in order to gain some bargaining power with traditional partners such as the USA and Europe.

It is unlikely that China will replace the West’s economic and political influence on North Africa in the near future, but as the USA continues to withdraw, Europe is losing its main security partner. This means that both the USA and European Union lose their ability to influence security dynamics in the southern Mediterranean. Overall, the strategic location of these countries means that China’s presence will only continue to grow, especially in the economic sphere, while cultivating closer defense ties and deepening diplomatic relations. Moreover, China is presenting a development model that seeks to combine authoritarianism with economic growth – a model that is attracting considerable interest from regimes across the MENA region (Ghafar & Jacobs, 2020). Acording to all that was mentioned, the role of China in North Africa is likely to grow on geopolitical and economic spheres, creating some kind of dependence for the countries in the region and all around the world.

McKinley, G. (2021). Russia and China: A Budding Alliance in the Mediterranean?. The National Interest.

Schadlow, N. (2021). China in the Mediterranean and Implications for the United States and Europe. Hoover Institution, (62). 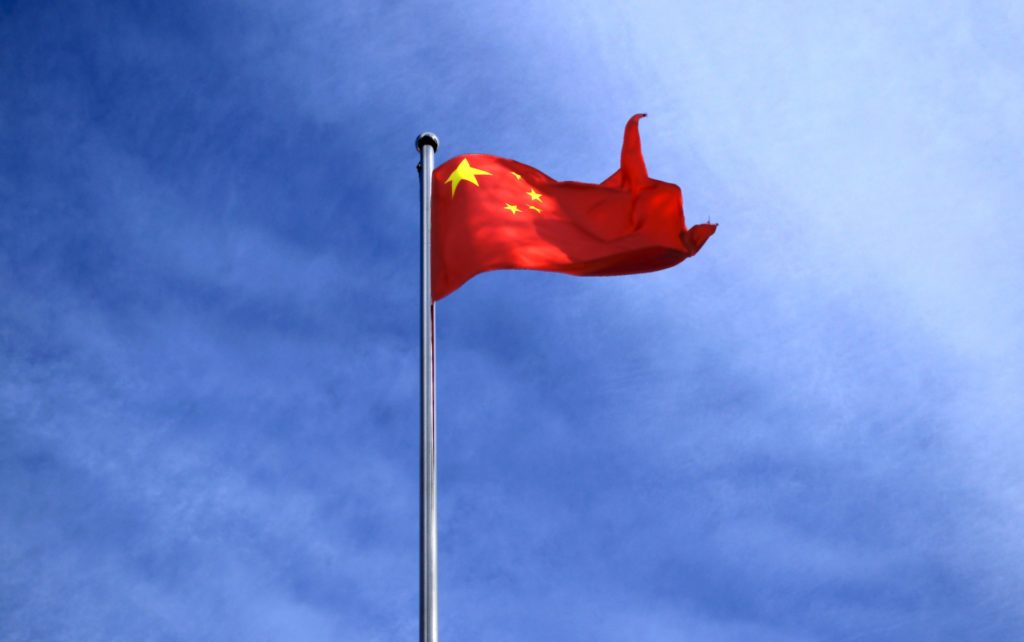