Opening webinar of the 1st 5+5 Mediterranean strategic studies – A launching that opens up very good prospects!

The context is not favorable for meetings! This is the least we can say at a time when the key words “curfew” or “confinement” are spreading almost everywhere in Europe and around the world. This is undoubtedly one of the most devastating effects of the COVID-19 crisis in the field of social relations. Everyone experiences it more or less well on a daily basis. But it is also a real difficulty regarding international relations, and we should not underestimate its scope. These relations are more necessary than ever in a restless world where even the largest democracies are faltering. We therefore have to  debate. We have to exchange. We have to know how to listen and hear the others. For nothing can ever replace the exchanges that take place around a table where everyone can carefully observe the reaction of their interlocutors by speaking « right in the eyes ». In a world where relationships are strained, any approach that favors debate and concertation is therefore welcome, and alternative solutions that allow this must be sought.

This first « 5+5 Mediterranean strategic studies » consists of an introductory webinar held on Monday, January 11. It will be followed by two one-week seminars, the first one on the North shore in France and the second one on the South shore in Mauritania. The face-to-face sequence will take place as soon as the constraints are loosened.

This introductory webinar was a great success! All the countries proposed auditors apart at this stage from Algeria. Beyond the introductory speech pronounced by the Vice-Admiral (ret) Pascal Ausseur, Director General of the FMES Institute, and the presentation of the session’s program by its director, Air Force General (ret) Patrick Lefebvre, an intervention by Pr. Pierre Razoux, Academic and Research Director of the Institute, set the scene.

He was anxious to describe the Mediterranean area and the Middle East as it is and not as one would like it to be. A language of trueness that paved the way for questions. The first debates, which only involved the participants’ opinion, illustrated the variety of points of view and the relevance of allowing exchanges, however contradictory they might be. These open and informal debates encourage mutual knowledge, and beyond the differences, which have their raison d’être, the identification of convergent points for these ten countries facing a shared reality and common challenges (health crisis, environmental crisis, radicalism, migration, terrorism, power games, …). It is this approach which, combined with meetings, visits and team work, will create a long-lasting network of young leaders who will be able to better understand the differences and the proximities of the citizens of the Western Mediterranean. This kind of meeting makes it possible and we firmly intend to anchor it in the long term.

This introductory webinar is therefore the first step in a journey that is now taking shape in concrete terms. In direct contact with the auditors, we will announce them the study theme in early April. This theme will therefore be that of the 1st 5+5 Mediterranean strategic studies. A thoughtful idea that is taking shape today! And as Antoine de Saint-Exupéry would put it: “Who am I if I don’t participate?”. 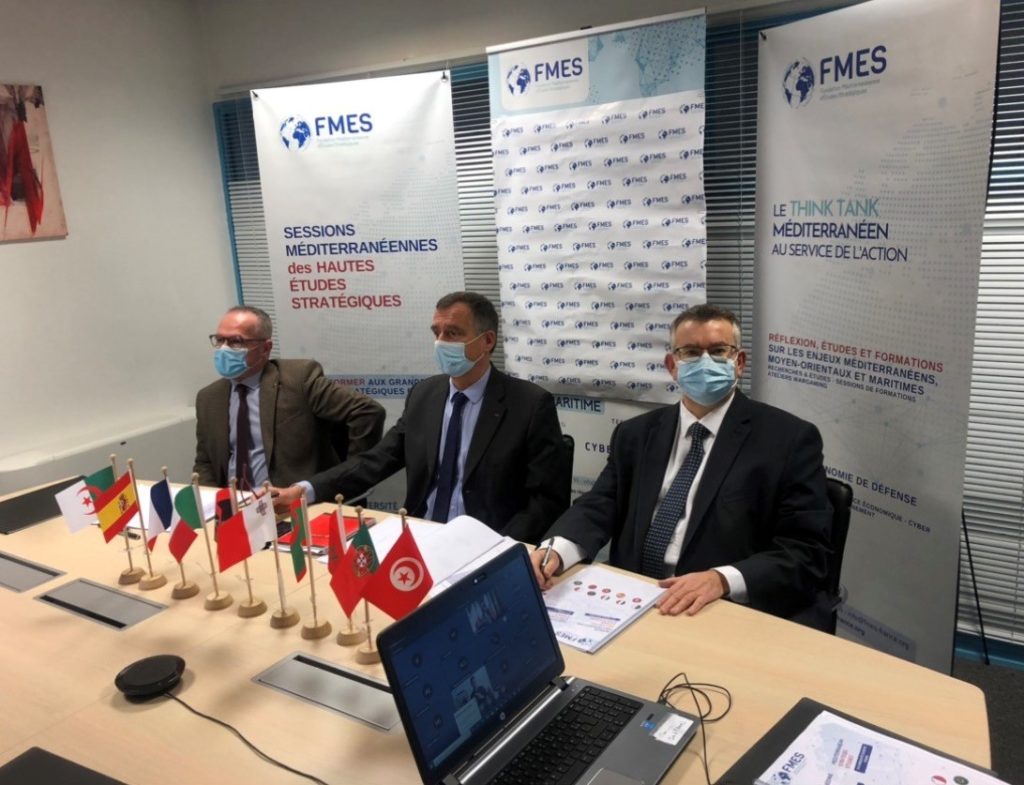