Deciphering the normalisation agreement between Israel and the United Arab Emirates 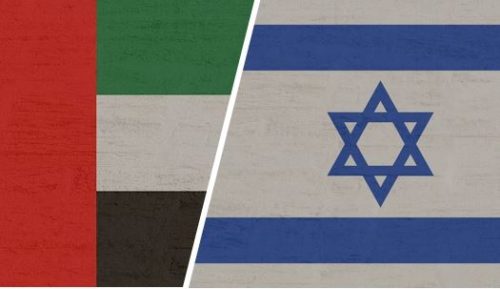 Abstract:
The provisional agreement of August 13, 2020 to normalise relations between Israel and the United Arab Emirates is a risky gamble that is good news for its signatories, for the White House, Europe and China. However, it is not certain that it will be enough to ensure Donald Trump’s re-election. On the other hand, it is bad news for the Palestinians, the Arab world which appears more divided and fragmented than ever, Iran, Turkey and to a lesser extent Russia. If it is formalised in the coming weeks, it will have consequences for the geopolitical balance in the Middle East. This agreement, which increases regional frustrations and feeds ambient nationalism, is not likely to contribute to the democratisation of the region.

On August 13, 2020, a few weeks before the deadlines of October 18 (probable end of the UN embargo on conventional arms sales to Iran ) and November 3 (American presidential elections), the White House surprised the world by announcing the conclusion of a formal agreement to normalise relations between Israel and the United Arab Emirates (UAE). A diplomatic success that came at the right time for some, a clear provocation and a risky decision for others, this agreement – which does not yet constitute a formal peace treaty – immediately raised many questions .

Those who are weakened or further isolated by the agreement

In the very short term, normalisation between Israel and the UAE is increasing the antagonism between Iran and its Russian and Chinese supporters on the one hand, and Israel, Washington, Abu Dhabi and Riyadh on the other, in the particularly delicate context of the lifting (or not) of the embargo on conventional arms, which is theoretically due to take place on October 18, 2020, but also of the American presidential election on November 3.
Everything will then depend on the outcome of these two deadlines. If Donald Trump is re-elected, whether or not he succeeds in extending the arms embargo and imposing new sanctions against Iran, this antagonism is unlikely to settle down. The next step would then be the Iranian presidential election (spring 2021), which will most certainly see the election of a conservative candidate. Paradoxically, the latter could all the more easily engage in discreet negotiations with Washington since, being supported by the hard faction of the regime, no one could reproach him for selling off the interests of the Islamic Republic. Conversely, if Donald Trump were defeated and a new administration emerges that is mindful of putting the United States back at the centre of the diplomatic game, for example by reintegrating the JCPOA in one way or another, everything suggests that this antagonism could gradually settle down, especially if Russia and China succeed in the meantime in obtaining the effective lifting of the embargo on arms sales to Iran. For Tehran’s priority is to modernise its conventional arsenal dating from the Shah which is now totally obsolete (except for drones and missiles). This appeasement could convince several Arab or Muslim states to follow in the footsteps of the UAE by normalising in their turn their relations with Israel, while resuming dialogue with Iran. The current Israeli Deputy Prime Minister Benny Gantz and his colleague Gabi Ashkenazi, Minister of Foreign Affairs, two former pragmatic chiefs of staff, are well aware of this. They know that the future must not be insulted and that all scenarios must be prepared. That is why they have begun a discreet rapprochement with Turkey, but also with certain European leaders, while at the same time courting the American Jewish community which is in favour of the Democratic movement. These two political leaders also know that Benjamin Netanyahu, weakened by legal affairs and strongly contested within the Likud movement, will not last forever. Knowing that it is imprudent to put like him all his eggs in the same American basket, they are conscious that by now having actions in the UAE, they place themselves in a position to discuss discreetly with the Iranians, the Chinese and other Arab delegations when circumstances require it.
In the meantime, Israeli-Emiratist normalisation accentuates the tectonic fault that divides the Middle East into two distinct geopolitical plates. To the North, the one encompassing Iran, Iraq, Syria, Lebanon and Qatar under the leadership of Russia and China. To the South, the one that stretches from Egypt to the UAE via Israel, Jordan and Saudi Arabia, under the leadership of the United States. The stability of this southern plate is threatened just as much by the ambitions of Iran, which continues to instrumentalise the Yemeni conflict, as by the fury of the Saudi Crown Prince and the socio-economic imbalances which weaken the Arab states and feed the agenda of the Muslim Brotherhood as well as that of Daech. Between these two plates, North and South, the Turkey of President Erdogan is struggling to position itself. Both hope to tip it into their camp.
In the longer term, this normalisation allows Israel and the UAE to gain time in the face of the new global cold war between the United States and China, including in the Middle East. This is no longer an ideological conflict as in the first Cold War between the United States and the Soviet Union, but a power struggle between a comfortably established hegemon wavering between its Asian and Middle Eastern interests and its Chinese challenger trying to occupy the space – especially the economic and political space – left vacant in the region. Yet, in Washington as in Beijing, the analyses diverge. Part of the American elite refuses to consider China as an adversary, believing that the only two real enemies of the United States in the Middle East remain Russia and Iran. For its part, part of the Chinese establishment believes that it is too early to challenge Washington in its own backyard, even though it recognises that it is vital to secure energy supplies from the Persian Gulf and the Red Sea on a long-term basis. This cacophony is causing turmoil among the United States’ traditional allies in the Middle East, who no longer know to which saint to devote themselves, while at the same time encouraging renewed tensions and rivalries between Russians, Turks, Iranians and Europeans. As Harvey Jaskel points out, Israel and the Gulf monarchies will have to face difficult choices . By normalising their relations, Israel and the UAE are giving guarantees to both parts. On the one hand, they offer a royal gift to Donald Trump in the event that he is re-elected, knowing that this same gift will play into Joe Biden’s hands if he is elected. On the other hand, they favour China’s long-term strategy, without crossing the red lines defined by the White House.

All in all, the normalisation agreement between Israel and the UAE appears to be good news, even if it increases the frustrations of numerous regional players and contributes to reinforcing the ultranationalist and populist discourse of some of them, at the risk of triggering new neighbourhood conflicts. One thing seems certain, it will not contribute to the democratisation of the North Africa & Middle East zone because the message is clear: in this region, only an autocratic power can take the risk of normalising with Israel 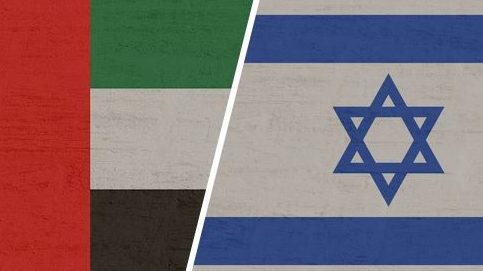